4 Major Benefits Of Indexing In Manufacturing

Modern manufacturing depends in large part upon machines that can produce items quickly and reliably. While humans are still very much required for many tasks, they are increasingly being relegated to jobs that mostly involve troubleshooting these machines when they malfunction, or oversee regular maintenance as required. The manufacturing of mass goods is especially dependent on machines that are capable of indexing -- in other words, of performing an identical series of motion-based actions with interchangeable parts. To learn more about the benefits of indexing, keep reading below.

Of course, the up front cost of a machine that is capable of indexing is quite high. But this investment pays for itself in the long term because of the dramatic decrease in per-unit cost. If a manufacturer doesn't use indexing, then each unit must be produced by hand, which drives up costs considerably. While this kind of manufacturing was the norm decades ago, it's no longer an issue today.

Another huge advantage that indexing machines have over non-indexing forms of manufacturing is the amount of precision with which each unit can be crafted. Indexing can place interchangeable parts in the same location (within thousandths of a millimeter) time after time, completely free of errors. This kind of accuracy is simply not possible without indexing, and you risk greater margins of error without it.

IT Compatibility and Servomechanisms

Another big benefit of using indexing machines in manufacturing is that many machines can be used with various types of servomachanisms. These allow the machines to act on negative feedback and subsequently correct for speed or position control, which in turn makes for fewer faulty parts. If you combine this ability with stations staffed with research and development personnel, you can quickly and accurately input negative feedback that will further improve quality control overall. Not only that, but many newer machines have the ability to track individual parts (as well as rejected units) that can lead to further valuable analysis.

A final advantage that indexing machines enjoy is the unparalleled efficiency with which they operate. It is not at all uncommon for indexing machines to operate for entire shifts without any human intervention at all. This drastically cuts back on general inefficiency that often arises as the result of human error, and usually makes for a manufacturing process that is much smoother overall than it was before the introduction of indexing machines. 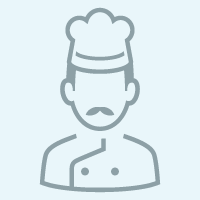